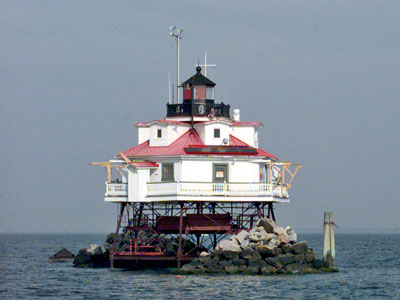 Since the colonial era, lighthouses have guided mariners on the Chesapeake Bay. Although many structures have been destroyed or dismantled over time, scores of lighthouses, range lights, towers, buoys, and other navigational aids remain.

Chesapeake Bay lighthouses include integral, caisson, screw-pile, and skeletal tower designs. A few structures have been relocated, restored, and opened to the public as museum exhibits. Others have been decommissioned, but remain standing at their original location as historic sites.