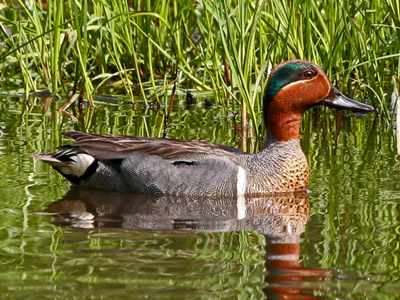 The green-winged teal is one of the few ducks that reside year-round on the Chesapeake Bay. In Autumn, resident green-wings are joined by migrating birds, which usually arrive earlier in the season than other migratory waterfowl.