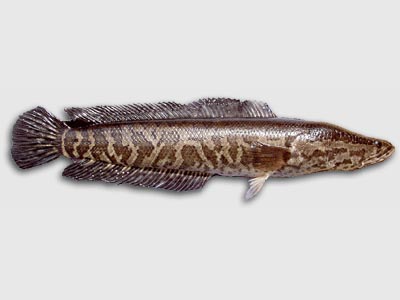 Snakeheads were first discovered in a Maryland pond in 2002. Over time, the range of northern snakeheads has expanded to a number of waterways in Pennsylvania, Maryland, and Virginia.

In 2004, the species was found in the Potomac River. Northern snakeheads quickly established populations in the Potomac watershed from Great Falls to the river mouth, including many of the river’s tributaries.

In the upper bay region, snakeheads have been reported in the lower Susquehanna, Bird, Rhode, Gunpowder, and other tributaries.

In 2020, the Pennsylvania Fish and Boat Commission (PFBC) reported that numerous snakeheads had entered the reservoir above Conowingo Dam (Conowingo Pool) via the dam’s fish lifts.

Below the Potomac, northern snakeheads have established breeding populations in the Rappahannock, York, and James rivers as well as Lake Anna and other reservoirs.

On the Eastern Shore of Maryland, snakehead populations are established in practically all major rivers. Snakeheads are commonly caught in the Nanticoke, Blackwater, Transquaking, and Chicamacomico rivers.

Snakeheads are frequently caught by fishermen. They readily take baits and artificial lures. They are also harvested by bowfishing and other alternative fishing techniques.

Maryland, Virginia, and the Potomac River Fisheries Commission all prohibit the possession of live northern snakeheads. Federal law prohibits the transport of live snakeheads into the U.S. or across State lines.